yesterday as i stood in the store, a sea of cameras infront of me, i only had eyes for one. shoulders slighty broader than Carlos, wearing a tuxedo and i noted a dashing streak of silvery grey around his temples. i moved closer, daring to reach out to pick him up, a few moments of twiddling and fiddling and my little pulse began to race...
"you aren't really supposed to return electronics once they are opened" the store lad told me "however" he continued "if you were to say go home, spend just 10 minutes taking a few photos and he isn't right for you, then by all means bring him back"
i handed over my dottie angel pennies and headed home to the shed with a feeling of anticipation the likes of which i have not felt since 'the royal wedding dress' reveal, oh and any given day when i venture to the thrift store consumed by the thought of what lurks within. a giddy kind of anticipation if you will.
upon arriving back at the shed i was greeted by my usual wonderful greeting committee made up of Used Dog and Little Olive, i had been gone all of 35 minutes but the way they greeted me, i might as well have been gone a whole year. i like doggies because of that very reason, they never have 'huffs' at you, or bear a grudge they just love you good and proper every single day like you are the best thing since sliced bread.
i rustled around for my rechargeable batteries, carefully unpacked tuxedo camera and his dashing debonaire good looks (slightly aging good looks, kind of dependable good looks, charming good looks, with a twinkle in his eye good looks). he sprung to life with a lovely 'ping', i switched him off and then on again just so i may hear him 'ping' once more, it was a 'ping' of reassurance, it told me he was there and he was poised for action. i pointed at a random corner of the shed on a gloomy day and pressed the shutter, 'cajing' he said in a meaningful way. well right there and then, i needed no evidence of photo looking to tell me this little camera was reliable and solid, his 'cajing' just told me so.
we were now down to our 7 and a half minutes of our 10 minute allowance of playtime together. so we proceeded to dally in every room of the shed, no setting up things, no twiddling with his bits, just good old fashioned, point and shoot, pesky critters, apron wraps and more...
then our time was up, heart pumping wildly from our 7 and a half minutes of whirlwind activity (in clogs) i removed his little card 'thingy me jig' and with baited breathe i uploaded the photos. truth be told some were blurry and pants due to our reckless ways but others, a soul so warm came shining through, it literally hugged me on the spot. a warmth and a hug i have not felt since Carlos retired. i am not ashamed to say i wept big tears of relief.
i turned to my new found friend and i said "new found friend, you are to be called 'frankly Frank', because quite frankly, Frank you have saved my sanity and my creative soul" 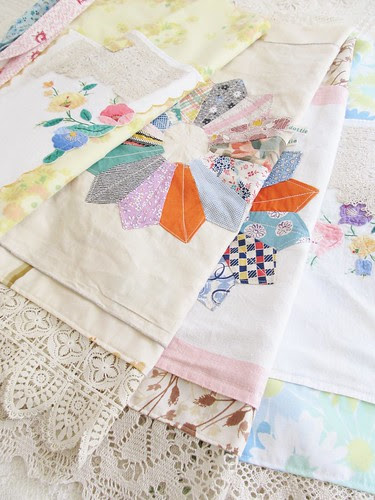 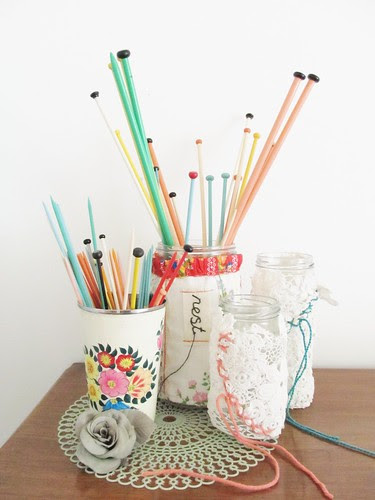 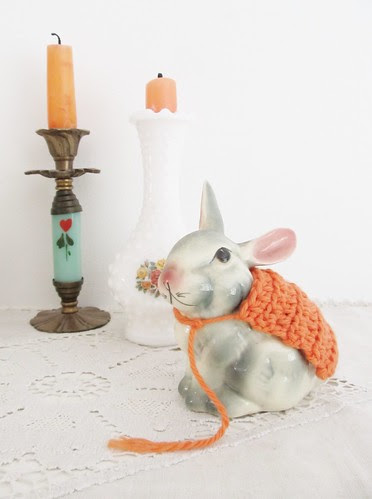 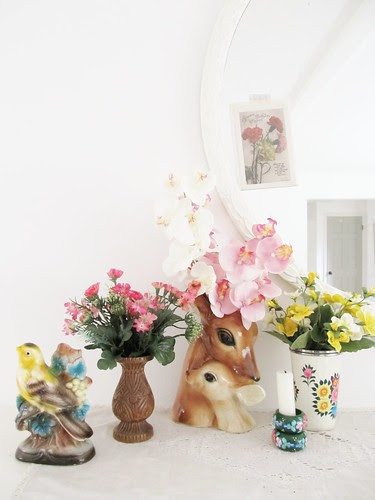 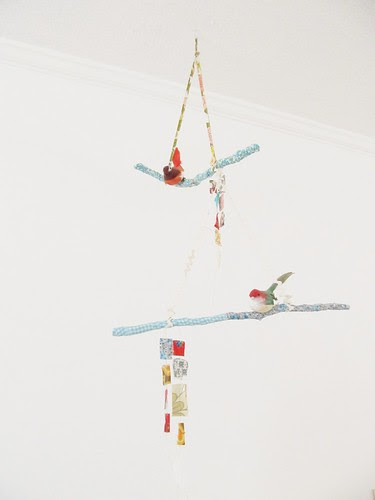 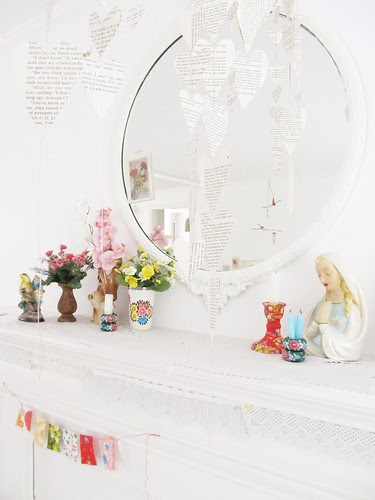 later that evening as i sat with 'frankly Frank' in my lap marveling at his reliable charming ways, it only seemed fitting that i should show him just how much i appreciate him coming into my life at a time when i had lost my way. i rustled once again in another drawer in the shed, retrieved my vintage dyno label maker and printed out his name. upon close inspection he was very limited in where i could place his 'frankly Frank' label, however there was a perfect spot just across his nose and so there it was stuck with pomp and ceremony befitting such an occasion. and as if that were not enough to mark this historical moment in my life, Carlos ever so kindly gifted 'frankly Frank' his little loopy handle, a loopy handle that has shared so many good times and now will share so many more, with me and 'frankly Frank' in the days to follow.
she is thanking you kindly for all your lovely comments and is wishing you a peachy one this weekend ~ Tif
Posted by dottie angel

Email ThisBlogThis!Share to TwitterShare to FacebookShare to Pinterest
Labels: day to day life, life at mossy shed, show and tell, things that make me smile

I have knitting needles like that -I used to sell used knitting needles on line - and had bought tons of plastic needles from the UK and Australia - love them!! So nice to see someone else with them in their house! I have all mine in a white pitcher

I love your pictures! My husband asked, "Why is that little porcelain rabbit wearing a cape?", and I said, "Because she's cold!"

Good luck with Frank - he sounds more like Cary Grant!

I am so happy for you and Frankly frank! He is wonderful. I am having a Leonard old time at the moment I'm afraid. I feel I should learn how to twiddle the little camera's knobs and maybe it'll be kind? Be truth be told the little camera and I have no chemistry. Shame.

I am so pleased you twinkled at Tif in a reassuring way as she walked in the camera shop.
Not only have you saved her sanity and her creative soul, but you have enabled us to oggle once more at all her most splendid 'Dottie Angel' goodness :o)

Alas, my week has been taken over by new cars and migraines, but i hope to be sending some pics this weekend :o)

Have a most splendid weekend getting to know Frank Tif. xxOO

Oh no, I wanted to see frankly Frank!
Can he take a photo of himself in the mirror?

3 cheers for Frankly Frank!!
hey this is kind've spooky, my weird Word Verification word is "Tific" !

oh tif...congratulations to you both!

Going back to an earlier post... saw this wee video about Mollie Makes magazine & I thought that you might like to see it (especially the ending!)

Hurray! Am wishing you could take a picture of Frankly Frank's title on his nose, but am understanding that is a bit much to ask. Delighted for you!

oh yes! little lucky bunny and his cape of crochet :) makes me smile every time i pass him by!

indeed a photo of 'frankly Frank' is a must for sure, and of course i am still owing the 'pantaloons of greatness' too, gosh with 'frankly Frank' on my side perhaps i can achieve it now :)

three cheers for all, have a splendid weekend my dears!

If you continue to feel quite confidant about frankly Frank, might he take a photo of himself (in the mirror or something) so we might see his charming good looks?

Hi Tif, this is your friend from "down under" in Oregon.. the Columbia Gorge. When I got my Canon PowerShot SX200 IS with a 12x Optical Zoom.. I was so in love with the "black cherry" color of it and it's big lens that I took a photo of it with my iPhone and showed it off on Facebook.. LOL I vote with the others.. please show us a photo of Frank himself!!
((hugs)), Teresa :-)

well welcome to the canon family tif!!!! That is all we use, SLR'S that is. i have never able to get away with anything else. But may you to have a happy and creative partnership together!!!

I feel so happy not being the only one giving happy things happy names! On behalf of Bert and myself: Welcome Frankly Frank, we love your name and the fact that you make Tif's day(s)!
Have a lovely weekend dear!

You have SO many beautiful things... :)

now i am smiling thinking to myself, i wonder if 'frankly Frank' is camera shy? it is a thought isn't it, and quite possible :)

thank you for your lovely comments, and may the rest of your weekend be happy, 'cause gosh, a nice bit of happy goes a long way sometimes :)

You are in Seattle??!!!! How do you get such AWESOME light for your shots! WOW! I bow to your peachyness!

Frankly, Frank takes beautifully clear photos..and today I had to say goodbye to my old monitor and buy a new one, so I can see Frank's photo's more clearly here than I ever saw poor Carlo's (may he rest in peace!).

Congrats on Frankly Frank! He takes lovely shots! Please do share what type of camera he is!!!?

Congratulations to you both! Lovely pictures!

So happy you have found frankly Frank - the beginning of a very special relationship...

Franckie is so beautiful with this dunny cape

frankly Frank is a canon just like dear Carlos was... Leonard was a panasonic :)

as for light in seattle, i paint my house bright white for that very reason, on a dull day sure the lighting is pants but on a sunny day my shed is like a huge big light box in certain areas :) i still don't quite understand the fascination here in the northwest with earth tones, granite and dark colours on the walls and furniture, but each to their own and that is why the world is so peachy :)

I'd love to see a photo of frankly Frank.

I recently treated myself to a new camera and am having trouble settling on a name. My older Canon is Daisy.

Your photos and site are just lovely.

ah yes, always a tricky business naming gadgets... can take quite the while and other times, no while at all :)