it's just a chicken coop...

friday i rushed down to our local farm supply shop to pick up Orla and Little Eva...two speckled sussex chicks less than two days old.
as they are over a week younger than the other six i have set them up in a space of their own until they grow stronger. for the first eight hours they cried and cried...
used dog and Bingo were most perturbed by the wee chickies plight. i feared for their little lives and i feared for my studio turning into a mini petting farm.
after a whole day of 'distressing' on everyones part, i found the answer...Terry Wogan and his soothing tones, ever since we have Radio 2 playing day and night.
saturday we started the hen house...my main thoughts were about the color, my man's were about actually constructing a coop that would deter the predators that roam our neighborhood when we are tucked up in bed. he got busy with the 'how to' and i got busy with the 'umming and ahhhing' over a couple of paint chips... 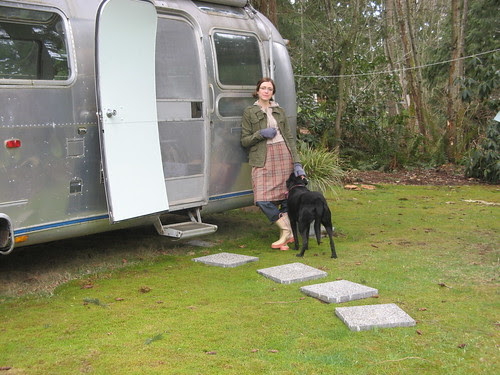 "it's just a chicken coop, Tif" he remarked
"just a chicken coop" i spluttered..."it's not just any old chicken coop, it's THEE chicken coop for all my little chicky peas". that would be
Little Eva
Orla
Big Bertha
Pigpen
Fatty (from the Beano)
Polly
Billy no mates
and
No name
(can you tell the ones i was actually allowed to name and the others that were named by a ten year old?) 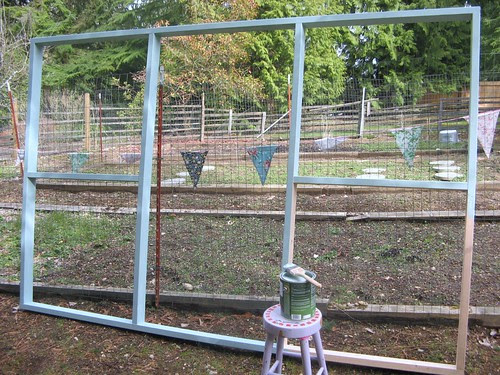 i then proceeded to tell him that all the books and websites have told me that chickens do not care what their dwellings look like as long as they are kept dry, clean and fed.
but i have decided that quite honestly how do we really know that, surely a chicken would appreciate a little extra in life, such as colorful bunting on the outside just to jolly the day up and i am thinking also a radio for company... 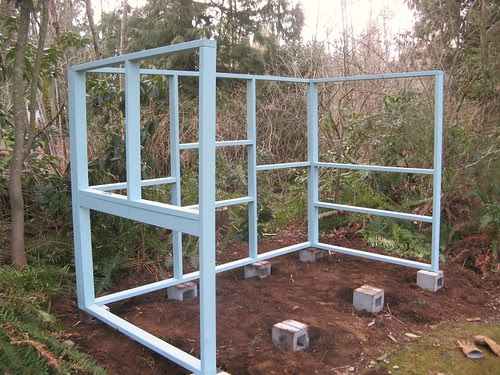 Sunday we started to put the sides together, i had painted the frames a lovely duck egg blue...i noted my man was not being careful with the paint work and more intent on getting the coop level. (which i do agree can be a tricky job and also quite important, but none the less my paint work was in jeopardy) as i was about to complain that my paint work was not being treated with the respect it was due, he looked up at me with gritted teeth and said
"it's just a chicken coop"...
Monday, my man leaves for work...i shout out to the chickies "oooh, daddies leaving"...as the door closes i hear him mutter "oh Tif, you really are turning into a right old mother hen"
she's hoping you will visit 'paper n stitch' this month ~ Tif
Posted by dottie angel

LOL! Your man sounds alot like mine! I envy you actually getting a chicken coop. My man has been "stalling" on the idea for months. I love your colors! Please please show us the finished product? (:

The chicken coop is going to look good! I love the chickens names - Billy no Mates would be my favourite but I bet they are the hen with the most friends!!

for a moment there Tif i thought you were going to be using your trailer as a hen house!
i'm sure your wee ladies would love a bit of bunting and lacy doilies to line their nests... :)

it may "just" be a chicken coop, but it'll be a beautiful chicken coop! I'm planning on having chickens one day (soon!) and this is lovely inspiration.

also, I have been lurking here entirely too long. your aesthetic (and your handcrafts, and your blog) is gorgeous!

Oh Tif, you honestly crack me up. And who among us can't appreciate that a chicken coop, if one is to look at it out one's windows, simply MUST be the exact perfect shade to afford the gazer a bit of joy every time she spies it?

where did your idea for your coop come from, we need to get cracking on ours and there are so many to choose from, I like the idea of painting it!