the demise of Mr Shark...

warning: this post contains photos not for the fainthearted 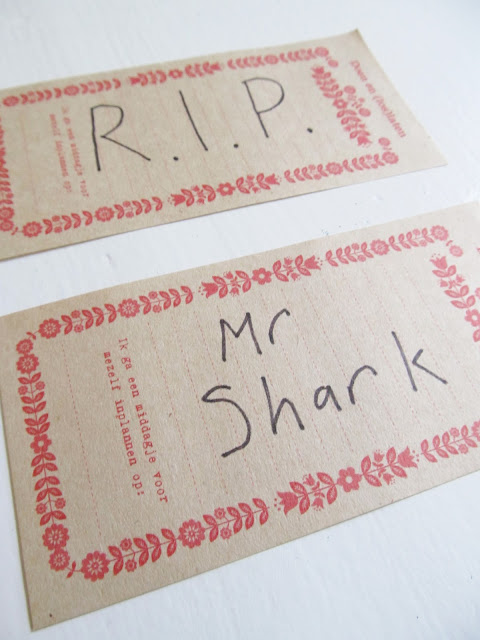 on tuesday, there i was, me, my flannel fabric and Mr Shark (my trusty iron) in the lounge, this is beginning to sound like something out of Cluedo... i appear to have spread all around our shed now and not one room is spared from 'my beavering'. by our side on the rug, Used Dog and Little Olive in mid morning slumber. yes, a typical day in the shed until Mr Shark did a 'putt', then a 'splutter', followed by a little letting off of 'steam' and then it was all over. i gasped, how could this be... i twiddled with his bits, i fiddled with his cord but alas and alack, his little light had gone out.
so tragic, so young
i spent the rest of the day in a shocked daze, i worried if my wish for flannel and nubbly curtains, and a joyful shop update, had all been too much. then i wondered if his history of steroid taking which had led to his hunky silver weighty good looks had been the cause of his early demise. every now and then i returned to the scene of the tragedy, more twiddling and fiddling to no avail.
later that evening when the surgeon had returned from his desk job and coaching soccer he performed surgery. i fretted too many hours had past for a miracle to happen. eventually i could take it no more and had to look away, seeing Mr Shark, a good and faithful friend, an important tool of my trade having a brutal surgery procedure carried out on my kitchen counter was all a little too much.
after what seemed an age and one where i began to doubt the surgeons qualifications, after all i do not recall when seeing medical procedures being performed on telly, the surgeon stopping every now and then to take a mouthful of orange dinner. the surgeon put down his utensils and tools, his dinner finished and Mr Shark looking the worse for wear and he announced there was no hope. he then proceeded to start opening up another part of Mr Shark.
i pointed out was this necessary as obviously he was 'dearly departed' from my life. apparently i was told, yes it was because how interesting to see how it all works...
i turned away
and so my beavering ground to a halt leaving me with no alternative but to find a new friend, despite my grieving heart.
last night i went to the store where i found Miss Winnie, not to be mistaken for Miss Winer. for she does not wine about things, no sirree, she is the sort who pulls up her knees socks and gets on with things.
having inspected all the box had to say in the store, it would appear with this iron i now have in my life a winner!
"top rated by leading independent publication"
are the very words printed on her box, i did question who is the leading independent publication and thought it a little odd they were not willing to have the actual name of their publication printed on the box, but i chose to ignore this and only saw "top rated" which in turn meant "winner" and so Miss Winnie it is. 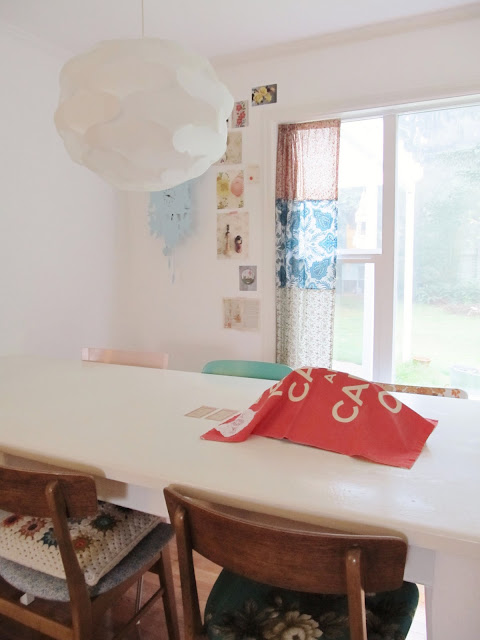 having not actually taken my new iron out of her box with respect for Mr Shark laid out on the dining room table, i am keeping my fingers and toes crossed later today (when a fitting amount of time has passed since Mr Shark's demise), i will find out if she lives up to the box she came in, and is indeed worthy of the name Miss Winnie
there appears to be a lot of hand-stitched 'joy' going on in the shed, despite feeling unjoyful about Mr Shark ~ Tif
Posted by dottie angel

I am so sorry for your loss.
sound like he was a great sharky that brought much love to others.
Its always the good that die young.
His coloring was bright, he didn't even look sick :(
Good luck with the new addition to the family, try not to make her feel like a replacement but that she is needed.
RIP
Amy

What a absolutely delightful read, Tif! I hope you don't mind if I find myself so inspired that I name my new camera (arriving today!)

My Mr. Sharky kicked the bucket this summer. However, he went down in flames and glory. I had just finished ironing open a seam when it started to fizzle, pop, and eventually catch on fire. The scene was horrifying. I wasn't sure what to do...gradually, the fire subsided, I unplugged it, and unceremoniously threw it in the garbage. I was sad for a while, but then Rowena entered my life and made everything better.

lol, poor Mr Shark (I have never named an iron, am I odd?)

i don't think, no, i'm sure, there isn't anyone else who could draw me in to read about an iron...AND keep me reading and interested in the outcome but you tif! thank you much for the chuckle ... blest be!!

I am sorry for your loss :(

Oh no, and him so young. Surely he can be replaced, young things can usually be replaced by a sibling, well in Blighty they can. However, not sure that kitchen table surgery will be recognised as 'fair wear and tear!'
Hope Miss Winnie has more stamina, then again, being female, she'll probably last a lifetime.
Carol xx

Ah poor Mr Shark. You do make me chuckle, quite a lot. I hope Miss Winnie is indeed a winner.

this story is just precious. as is everything you write. i enjoyed the mr. shark story. i am most sorry to hear how it left this happy world. best to you and miss winnie (when she makes it out of her box)
giggles to you
Kelli

oh how sad...may the grieving process of mr. shark go by quickly. And may miss winnie meet the task that is in front of her...it sounds like she has some mighty big shoes to fit.

God Bless Mr. Shark, may he rest in peace.

Alas alack... It cannot be? So young? So tragic! Rest in peace oh shiny sharky one *hushed, respectful silence*....

OMGoodness - was SO worried that the shark had jumped off the table and scolded Olive! So pleased it's just the shark that's dead. Soz - but I feared much worse!!!
fee x
(a drama queen)

Sorry to hear about Mr. Shark. I have heard good reviews about his family. I have two irons: Rowenta for the sewing room and T-fal for clothes. I have lost the use of some of my previous models before and it is always traumatic. I am tempted to buy a vintage Sunbeam and I have a vintage travel iron that is great for small details.

oh my dearest readers, having waited for a fitting time to pass,i could wait no longer, i got antsy and that antsy led to me giving Miss Winnie a spin...
can i just say, it was love at first press :)

even driving to the grocery store this evening i had only thoughts for Miss Winnie and her winning ways!

three cheers for Miss Winnie, welcomed with open arms into my little fold...

Sorry to hear of the unfortunate passing of The Shark Tif, but I'm glad to hear Miss Winnie is indeed up to snuff.

I haven't stopped by in a while, I was disheartened by being number 77 to comment some times, but I could not stay away, for any friend of the darling Ms Lola Nova just has to be a gem. ;)

Congratulations on your book, too, late as I am!

So sad to hear of a death in the family. I'm sure time will bring healing.

RIP mr shark!!!! Ahh such a young life to be taken so soon.

Oh dear. Is it a certainty that Mr Shark has indeed desmised? I wonder that if you replace said items they will return although perhaps in another guise. So gone but not forgot ....

It seems to me that Mr Shark was just on loan..you can't trust those loan sharks. It sounds like you're on a winner now though!

I am so pleased that Miss Winnie is happy and doing her job well.. but obviously very upset to hear of Mr Shark's demise. :( It's never good when an old friend leaves the fold..

I too added a new iron to my family this year - and as much as I missed 'Irene', I was frazzled with her scorching and spluttering over delicate vintage fabrics. So, she now sits sulkily in the laundry room as a spare.. and watches whilst Elvis struts his stuff across the board. :) I too am in love.

I am sorry for your loss...nothing beats a good....Iron! Uh!It had super powers...think quick!!!! Clip the wires!!! Before all is lost..ZOMBIE SHARK can rise and be anew..doiliefied...modge podged..laced and painted into a Dottie Angel...Franken-Shark. Hide the chocolates. Run fast little Olive!!

haha heehee! you are a corking funny lot this morning :) what a grand way to start the week, bobbing apples and reading your comments of funnies!
thank you kindly...

Liz, many thanks for the kind write up! i am most chuffed :)

Vic, seriously its not me but little olive that gets that amount of comments, trust me every time... i think she could have her own page really, or blog for that matter :)