before we delve into 'snippets of...', you will have to curtail your excitement for a few moments more whilst i mention a couple of things.
firstly. many many 'thanking you kindlies' for such words of encouragement you have given regarding my exploits with Mr Hook. i plan next week to bring you more adventures with him and dare i tell you... for i may send you into a giddiness that you haven't felt since first laying eyes on Colin Firth. perhaps i shan't tell you, perhaps i will keep the 'unveiling' of my crocheting 'helper' until next week... yes that's what i shall do, there will be no 'dare i tell you today'
(nothing like a cliff hanger)
secondly. it would appear a good deal of newcomers have taken up the challenge, and i fear there are others lost in the depths of my inbox that fills up daily. administration duties are not my forte, along with cooking, cleaning and generally anything else that doesn't involve yarn, thread, thrifting, fabric or doilies. so forgive me if you've been neglected and do give me another nudge. in the meantime for those that appear to be wondering 'what is the challenge?', i shall do an update next week on what it is and why i did it... a refresher course if you like.
thirdly. i go back to work on monday
"ha Tif! is that what you call it... messing around with Miss Ethel and some forsaken stuff that comes your way" i hear you cry.
well yes you do have a point but if i don't call it work then i don't really have a leg to stand on when my man comes home and asks what i've been up to. this week i've pushed it to the limits by being a layabout in pyjamas with yarn and hook in hand. i have several projects that have been looming on the horizon that are tres thrilling for moi and i am also hoping to get some new wares made for the little shop. i've had a couple of crafting epiphanies that got my heart quickening and i need to get my arse into gear and stop procrastinating.
now that's over and done with, we can move on to 'snippets of...'
for today's snippets i thought i would look back over 2009, a rather good year for dottie angel i feel. i have turned a few pages of my flickr album and put together a selection of images that i am actually rather pleased with... now this once again may appear that i have my 'boasting hat' on, but it really isn't.
it is me saying, sometimes i marvel at how Carlos my camera, achieves what he does. he's a basic little model and despite his name, does not appear exotic in any way. i have never read his manual and i have never twiddled with his bits. i just turn him on and point... (okay so that bit was a tad dodgy). of course i cannot take full credit for all my shots as the ones that have my body in them are in fact taken by Our #3, who also does not twiddle with Carlos's bits either, just does as i direct.
so that being said i give you
'snippets of 2009' 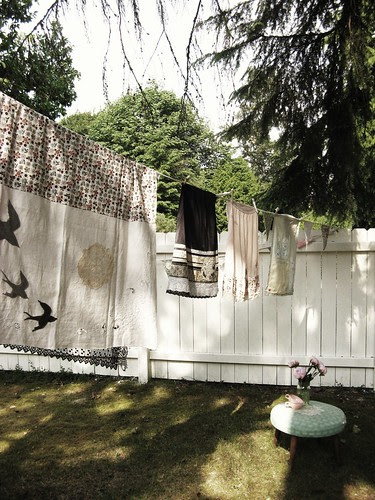 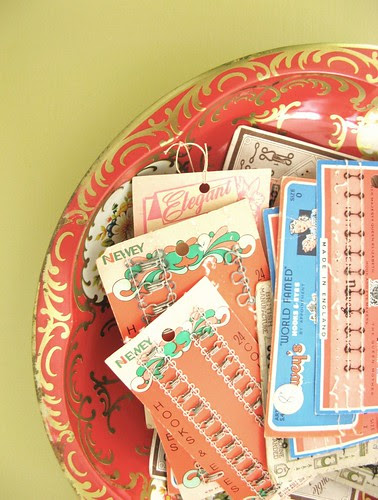 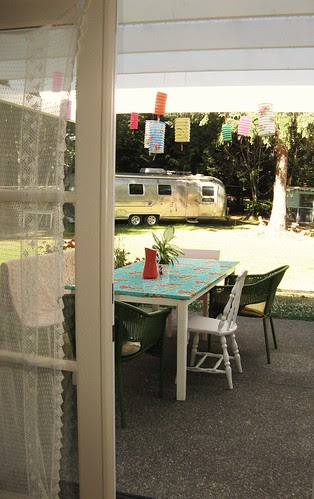 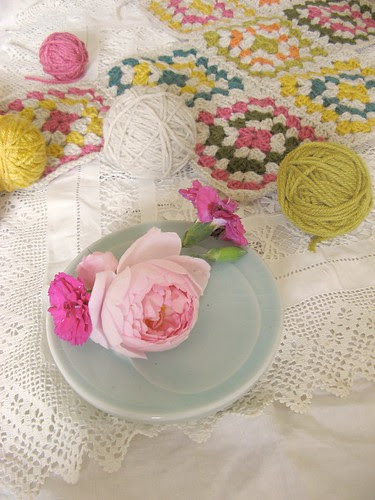 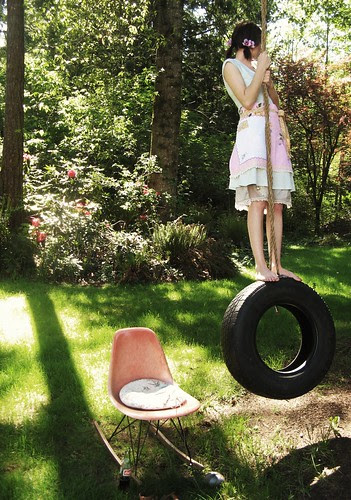 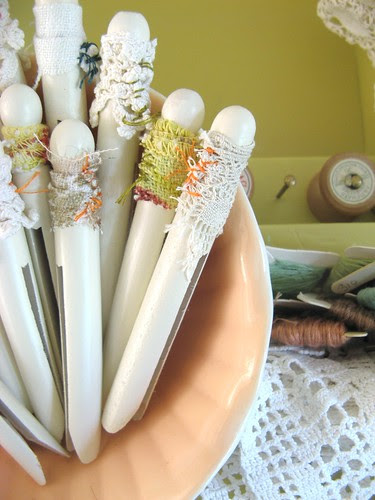 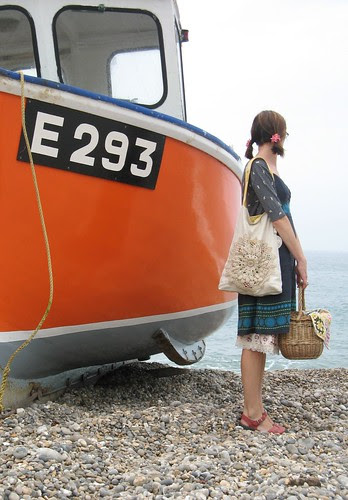 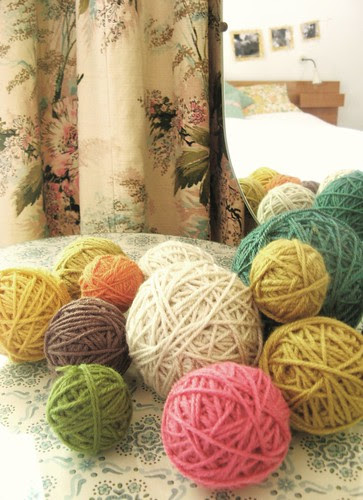 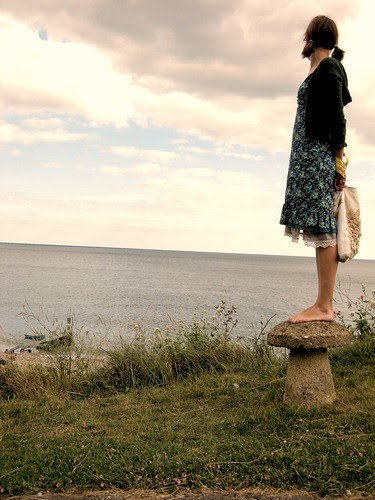 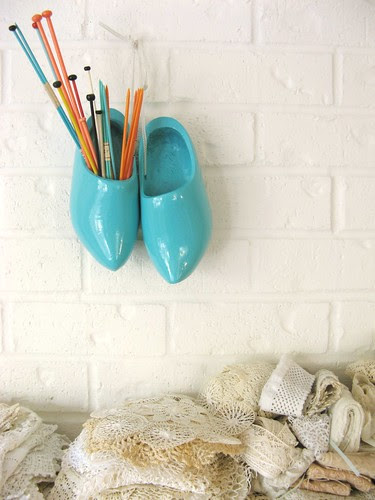 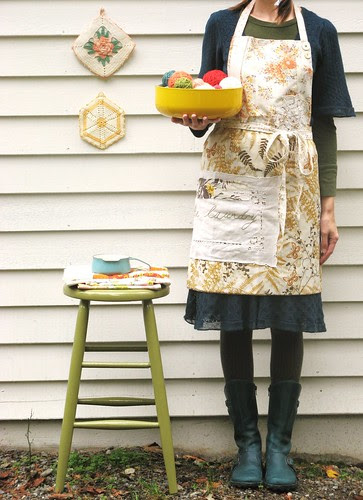 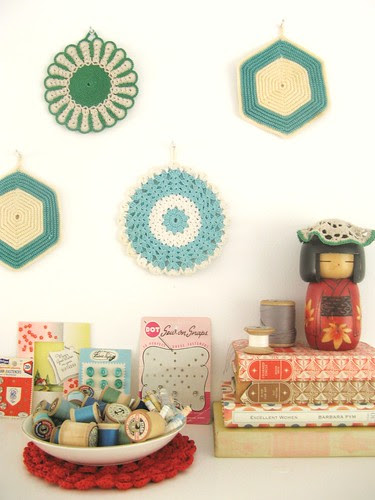 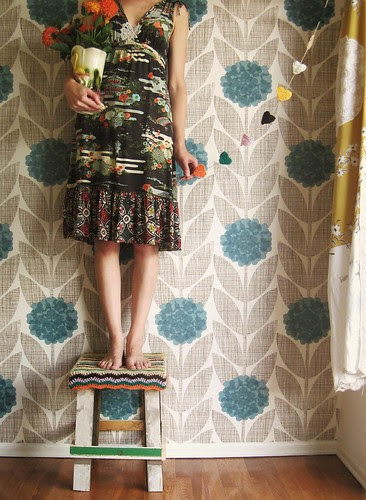 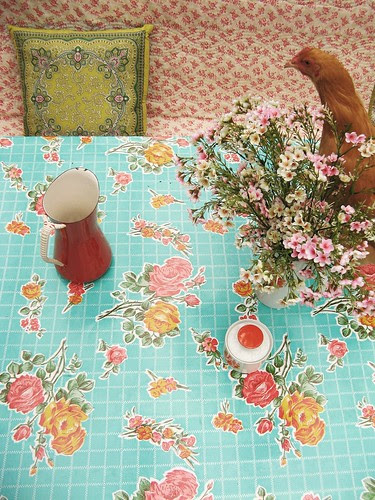 as my man remarked not so long ago... "just imagine what you could achieve if you actually read the manual Tif" and i am thinking he has a point... who knows, as 2010 is all about risk taking then perhaps i will.
she is wishing you a weekend of crafty endeavors, in pyjamas... she thinks that last bit goes without saying ~ Tif
Posted by dottie angel

love your snippets and photography!

What a feast of picture loveliness x

is that your Airstream you lucky thing?
ps. I have nominated you as one of my favorite blogs on Poppytalk...Kim

Love the photos, don't bother reading the manual!
It makes me want to move somewhere there are four seasons. Would love to crochet or knit something that I would need to make me feel warm. Unfortunately it is too hot here to snuggle into cozy crocheted loveliness.

Gorgeous photos of a wonderful year Tif - manual reading is entirely overrated, in my opinion.

Happy New Year Tif, I shouldn't worry about reading the manual. As far as I can see you're doing your own thing and making a damn fine job of it. Go for it girl!

So many lovely pics. Waiting with baited breath for more crochet helper news too! :)

what a nice article,,,and of course I love the snippets,,love reading your blog..

where can i find my own Carlos? I thought I had an amazing camera - but seriously, this is just point-and-shoot?! I've got to get a Carlos!

It's pretty hard to take a bad picture when everything you own and make is so STINKIN CUTE!

Your blog is amazing and I just love to visit it. You have a creativity that makes me feel like my own grandmother ...

What a wonderful look back at 09 through your eyes and life. Some people don't need a fancy camera for great images -- just a wonderful outlook and artistic expression. Love those little wooden clothespegs in the bowl with bits of lace and material attached. So simple and yet so lovely! My day includes pajamas but also cleaning and rearranging. Maybe a little crafting along the way. Wishing you a most wonderful day! Blessings, Tammy

Oh dear Tif...
You have had a amazing year...
and I am grateful that I have been here reading your adventures...
They make my day...
And get me through...
Have me laughing...
And even crying...
but that's all good too...
So here is to another year...and lots more...
Reading and looking at all your whatnot goodness...
Thankyou...dear friend...

beautiful, gorgeous pictures! love them all.

Great pictures. I just love the way you put things together, and your clothes are great. Can't wait to see what you get up to this year.

Fabulous! Have fun fiddling with Carlos' risky bits then! Looking forward to seeing what you can do with him. Enjoying the challenge immensely
Ange

thank you my dearies... i hope all of your comments were typed in pj's with crafting near by and perhaps a wee tipple or two
happy weekend to you :)

I love all of your photos that Carlos has taken for you! what a dashing, romantic name your camera has chosen! I fear my camera may be dissapointed with me since I never stopped to ask for a name. I just normally demand "camera, why do we fight so? and how come these pictures always turn out so blurry?!?" Well now I know that the pictures are blurry because camera has been crying without a real name... I shall have to ask... :)

Now many thank-ees for the delicious eye snacks dottie - as a latecomer I missed many of these.

They got me thinking though. You like to stand on chairs, stools or mushrooms made of rock. Are you afraid of mice? My Gran stood on chairs when she thought one was near. She also shared a breathless passion for doilies and was expert in weaving a yarn of the verbal kind but there, I think, your likeness ends.

Oh Tif, your pics are always so gorgeous, I was sure you had a camera with bits you must always be fiddling with!
I am thoroughly enjoying my weekend of crafty endeavours!Knitting corages in a beautifully soft merino!
Rachel x

Your blog is lovely and so are those boots. Will you dish on those? I love them!!!

Looking at these pretty images...if you ever get it in your head to put together a calendar--I will be first in line! Just sayin'.

I'm hoping this coming year will inspire me to continue purging my house and to begin (or rather continue) decorating--I've no doubt your photos will help with that inspiration. And, I can't wait to see what fun things you come up with!

silver pebble... i'm a lover of mice although some that appear quite suddenly can cause a fright momentarily but for sometime now i have lived in prefect harmony with mice in the shed. no i like to stand on things because i do, and it helps when you know a flickr group called bench monday. that gets you thinking about standing on things all the time :)

maddie, the boots are by London Fly... and truly are most perfect for me and my granny dressing ways :)

thanks again lovelies for allowing me to show and tell about Carlos... now off to sort the mess in the laundry room :)

Glad tidings from Dublin Tif. Your post was a very giddy read indeedy. Lovely pictures. I've posted your button to my blog & am excited about joining theDottie Angel Challenge along with a few of my blogging buddies...their enthusiasm hooked me in!lol

oh my dear miss dottie, your blog is divine, your photos sublime. thank you for sharing all of this quite remarkable lovliness

Truly breathtaking photos! I so happy to have found your very special blog. Please please do tell where you got those black boots!

Just remember that a woman's work is work with the needle (or hook), and a dutiful wife is always at work with her needle, whatever her attire. And a disregard to personal appearance is an eschewing of vanity which is morally very elevated. I know these things because I did a PhD on women and needlework and all such stuff so I can go on for hours or 100,000 words about it all.

always good to see what you have been up to, love your style, It influences so many of us here in the UK. Happy New Year and may it continue to be an exciting year for you.

Such a lovely batch of snippets, Tif! You've inspired me to pick up a hook of my own!!

just all utterly gorgeous, the second one down with the hooks, your dress in the hearts picture, the colour of those clogs. just peachy! x

you have the best wardrobe ever!

Hey, I reckon I have been on the make-it or second hand wagon for years... and did not know there was a challenge involved.... count me in!!! -Great blog. -Jayne

and what dreamy snippets they are too... thanks for sharing!

Just found your lovely blog...how did I ever miss it before. I adore your photography ..so much sweetness and magic. I am looking forward to following you and not missing another single post. Sending you blessings for your week.

Hi Dottie
Your blog is just so beautiful and refreshing and with very creative writing...I just love it!
Great content and great pics!
Cate

Love your blog and can't stop looking for Fly London boots. If you dress like a granny, growing older is going to be fun!