i had to go on a wild goose chase yet again for white subway tiles and i did not wish to go alone. i asked Our #4 if he would like to be my buddy as after all it is just him and me most of the time these days and thus i have declared us besty chums. he mentioned he really didn't think it sounded that much fun. i dangled a burrito as a carrot, i noted him waiver and then decline. nothing for it, i had to pull out the big carrots. i remarked the thrift store was in the vicinity of the wild goose chase. the carrot was taken 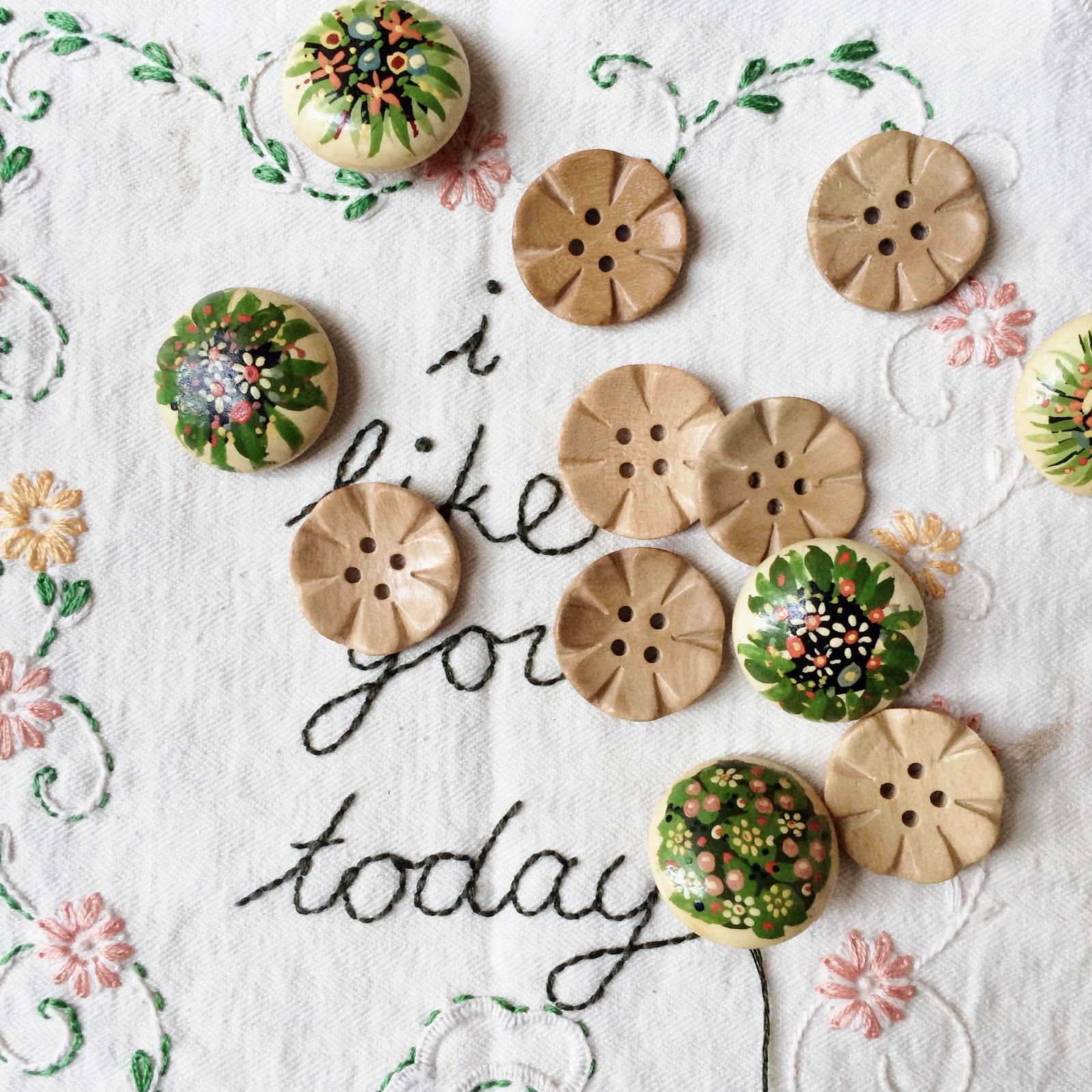 it would be quite true to say, if one were to be asked by a market researcher in the street, what was my greatest accomplishments as a parent? i may say that my children grew up happy, healthy and honest. although that is all true, i do not think i would say it, for i think i would truly say one of my greatest accomplishments is instilling within all my four children the thrill of the secondhand hunt. i say instill but truth be told, it happened quite magically whilst we were busy getting on with clan life.

each one of my clan seeks a different type of secondhand treasure. now for Our #4 tis retro game consoles, games and action figures to name just a few. i will watch him, like a magpie looking for something sparkly to catch its eye. he will home in on it, he will check it over and then within moments, out comes his phone to look up the value and what he could make in his Ebay store if he chooses in the future to sell it on. if the price is right and he knows he has found a happy bargain and its on his list of 'huntdowns', then i can tell from where i am standing in my aisle of souls waiting to be rescued, his own set of angels are chorusing and his own set of secondhand gods are smiling down on him.

and thus after yet another 'subway tile' wild goose chase, a burrito (or two) for him and a salad for moi, we parked and pottled towards the thrift store feeling cheerier by the minute anticipating what treasures lay within, alongside of air conditioning. he made a bee line for his turf, me for mine...

i was not expecting any woolly waifs to find me and of course, that is always when they do. rather a lot started whispering to me, some i had to ignore because they had seen far far better days and i could not help them. others were peachy perfect in every way except we did not fit together well. so i gathered up the few that seemed to have potential and headed to the mirror. i do not have a photo of the one which passed the mirror challenge to share for he is lying flat on his back, soggy, waiting for Mr Sun to do his thing this morn. however i can assure you he is quite the odd fellow. first off he is silk and cashmere! oh i do not think i have ever had cashmere in my closet before. then he is a most lovely vomity olive green colour, which made my knees a little weak but the odd thing about him is he has no lower body. he has spectacularly long sleeves which nicely come over the wrist towards the fingers to keep the chill at bay and he has a top half which you button up but below the arm pit area he has nothing. i would not call him a bolero, for he does not come down over the chest, which i thought boleros do. however i am not a connoisseur on boleros having never really studied them, so i could be quite quite wrong. as i tried him on i came to the conclusion, over a frock he makes it appear your frock has knitted sleeves and a top bit to it. i also came to he conclusion if you had a chest at all to stick out, he would look most odd indeedy. so as i like frocks and thought a knitted top bit might look tres thrilling and i do not have a chest to bother speaking of, i concluded we were a match made in thrifty heaven.

upon going to check out, i glanced at the rails of discarded frocks and saw a knitted number sticking out. on close inspection she was not a frock at all, but a rather jolly long cardigan with a most spiffy pair of sleeves. i liked her pockets very muchly, very muchly indeedy 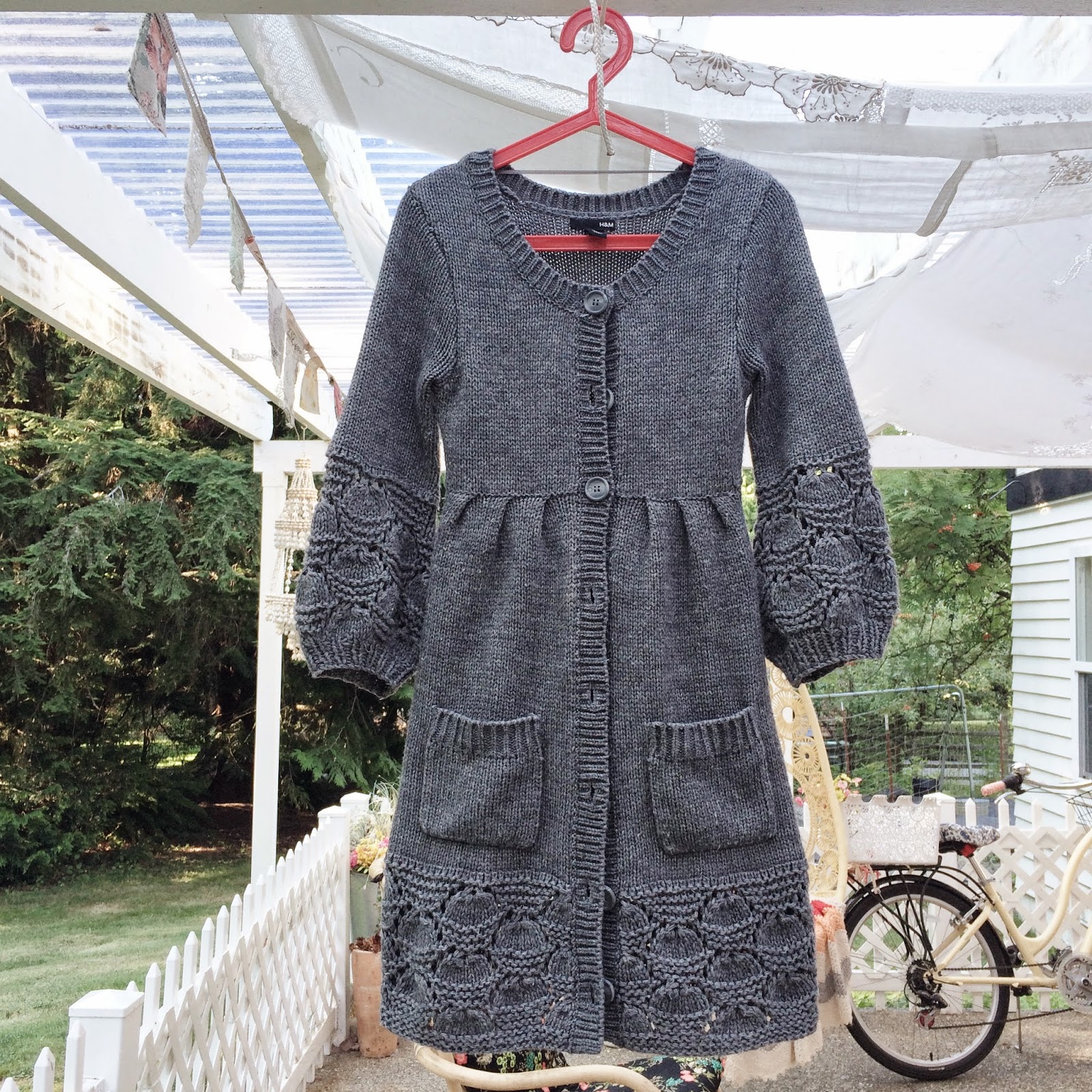 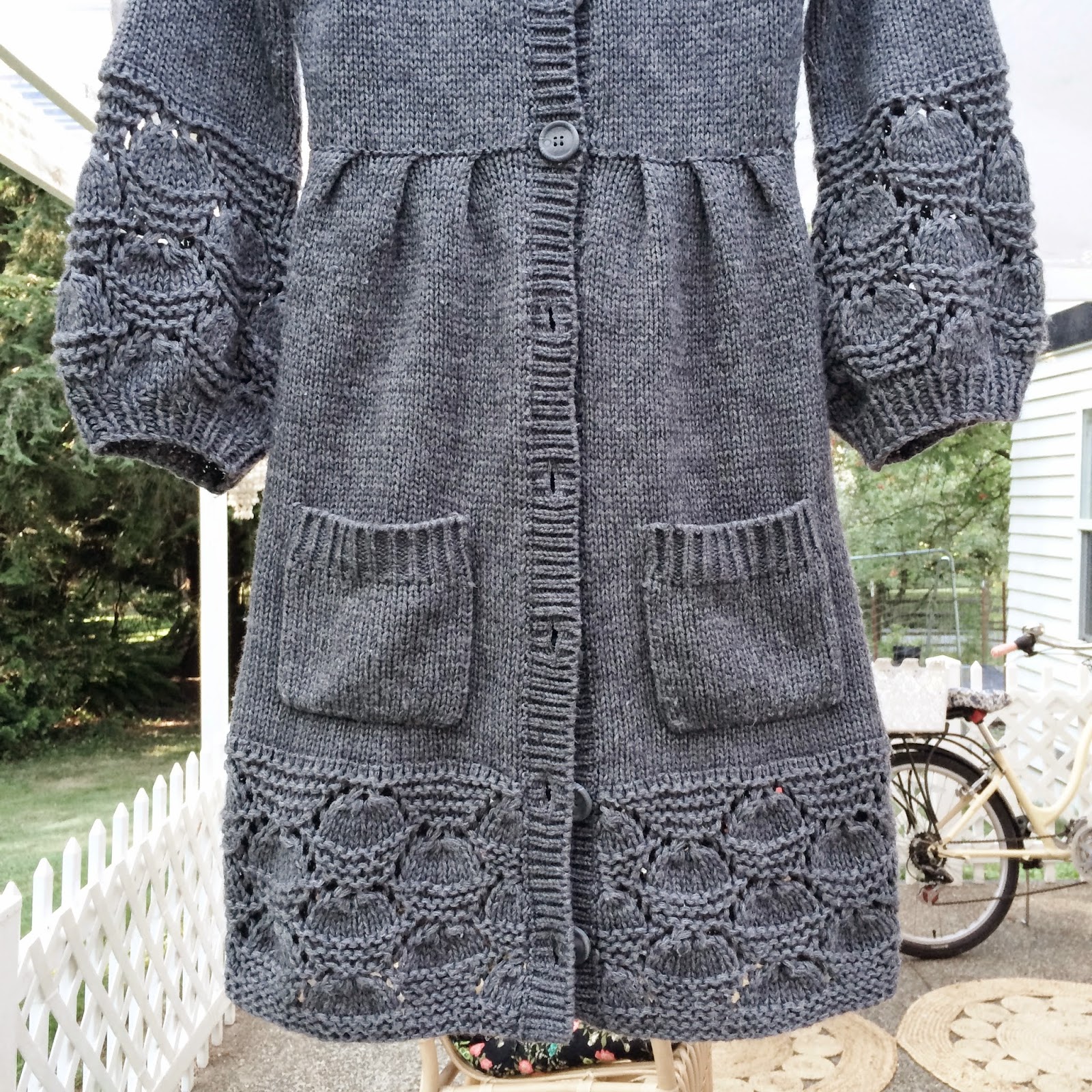 originally from H&M i checked the content label (something i always do without fail) i was happy to see wool was listed. i tried her on, i asked Our #4 (who had appeared with a treasure) what he thought. he replied he thought it looked just like everything else i wore, which was the correct answer and i happily gathered up my gray dearie and body-less olive chappy to bring home.

i am thinking body-less chappy will get floral elbow patches when he has dried out, i am thinking i will show you when he is dry and patched, and i am thinking my gray dearie is quite splendid as she is and will only require a change of buttons of which i have plumped with wooden ones (way way up at the top of this big old ramble, can you see them? yes i know, tis quite a bit of scrolling to be done and i do understand your hand hurts already from scrolling all the way down here, so if you would rather not scroll, then 'scroll not' dear reader). i am thinking the plain wooden flower ones and just one handpainted wooden one, placed 2nd button down to add a subtle bling to her winter warming ways. not only daring but dandy too