once upon a time, many moons ago, in far off climes, several state lines away, lived Gladys. a glorious airstream trailer who spent her days travelling the highway along the Californian coastline. her silvery beauty and curvaceous body received many an admiring glance from passer~bys. she was loved by a family who spent their summer hols taking her to places and spaces. 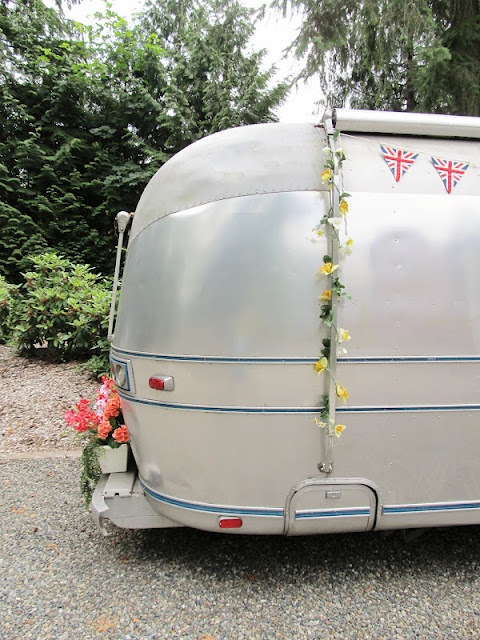 then one day, quite suddenly out of the blue, a large truck arrived and towed her away. no time for sad farewells or thank yous for the good times and memories. all she had known forever and a day was no longer. Gladys found herself left in a field amongst others who appeared to be a little the worse for wear. she noted they also appeared to have not gone on any jolly trips in the longest time as there was grass knee high around their wheels. as all trailers can only do when unhitched, she stayed put and she waited. 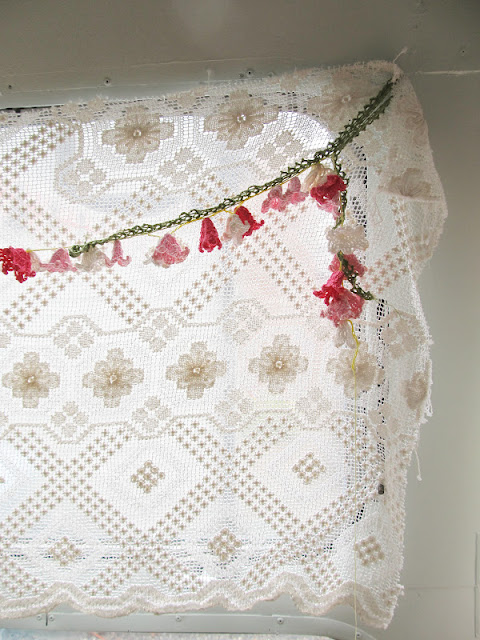 it wasn't long before another family arrived, this time there were to be no jolly trips along the highway but she was 'a-okay' with this, for it appeared the family were going to live within her all day every day. this was rather comforting for Gladys and so she settled into her new life of stationary living, watching the small beings grow into medium and then large beings to then slowly but surely head out into the world on their own. 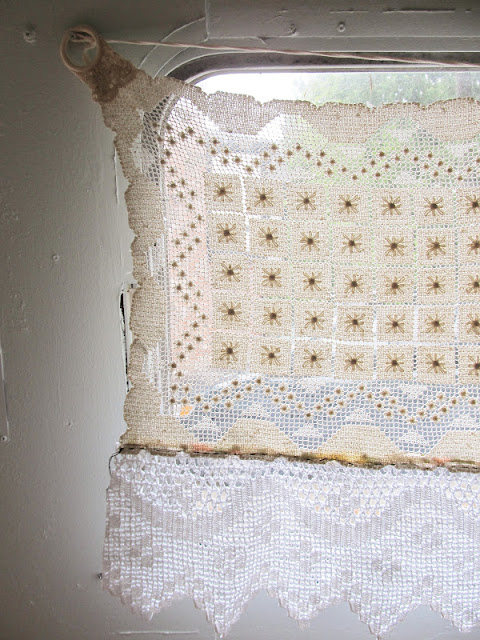 once again, a day like the day which happened 'oh so long ago' came around. her cupboards were emptied and so was her heart. the door banged shut, leaving her behind and then silence. after years of laughter and tears played out within her, the silence was deafening. Gladys stayed quiet and patiently waited for the next chapter in her life to begin. alas and alack for Gladys, it took several years and a lot of neglect for it to begin again. for although the family had loved her greatly, they had not cared for her in the way she required. the holes and the dings on her silvery body took their toll and the rain from up above, found a way in below. 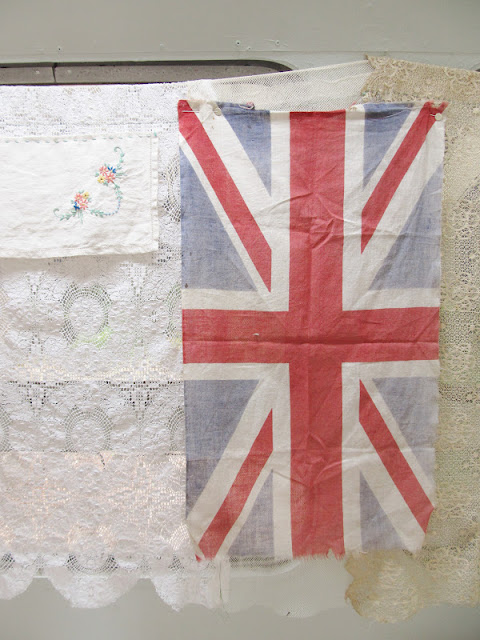 it took a kind man with a kind voice to see her potential. he towed her back to his place, set her up out front and pondered what needed to be done. it wasn't an easy decision, one he did not take lightly but if she was going to be rescued despite being beyond restoring he would have to be the one to do it. day and night he worked on tearing out Gladys's inners, her heart and soul, along with the memories of years gone by were removed, leaving just a shell of her former glory and a rather sad looking airstream trailer. no light or warmth was left, Gladys felt cold. he patched and he pieced the majority of the holes and painted her inner walls beige and laid a rather unattractive green wooden floor and placed an ad online for Gladys to find a forever home. 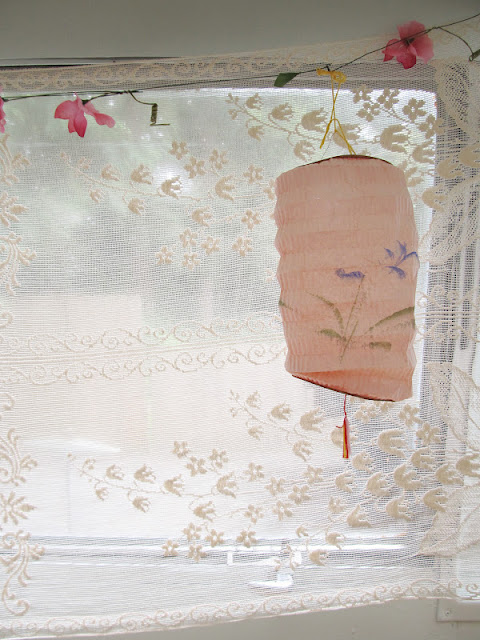 meanwhile, several hours drive south of Gladys and her sad ways, Tif and her clan moved to mossy shed and so began the search for an airstream trailer. with a budget rather on the low side, Tif set her sights at airstreams without inners and in doing so, stumbled across Gladys in her brown and green state. upon close inspection it appeared Gladys was still glorious, she just needed a bit of tender loving care to shine again. for several years, Gladys once again found herself waiting patiently, this time at the bottom of Tif's backyard on a bed of moss. slowly but surely sinking a little lower as each year passed. in the summer of 2011 Tif and her lad's of 2 could no longer bear to see Gladys waiting patiently for her moment to shine and they set to with sheets of metal, a rivet gun, several cans of blue paint and some faux kitschy flooring tiles. the lads moved in one end and Tif moved in the other for summer days to be spent nicely and wisely. Gladys for the first time in the longest time, felt loved. 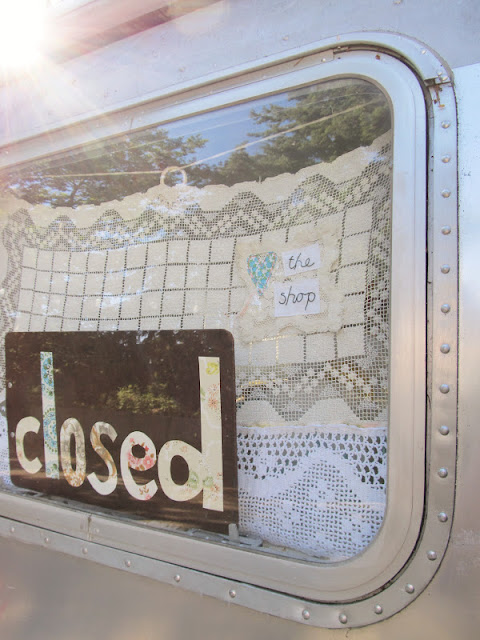 then one month ago, Tif had a 'bonkers but could be quite brilliant' plan. a plan which really was a master plan for it involved much planning and doing. the plan worthy of the title 'master plan' resulted in Gladys once again being moved to new views and new adventures. once in situ, Tif along with her Man (a necessary requirement for most of the master plan to actually take place), set about transforming Gladys into something rather splendid and most suited to an old gal like Gladys, who (when Tif stepped back to admire just the other day, noted) quite obviously still has many years left to give of being glorious...