he asked with a somewhat suspicious tone, having opened the shower room door to find his mother and her offering 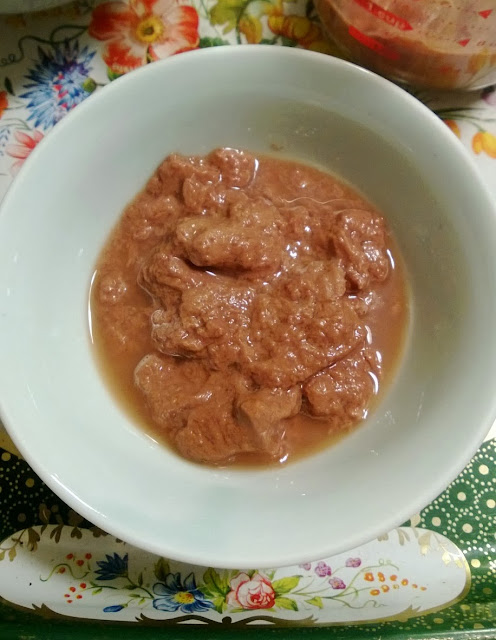 "ummm" said i, stalling for time. "would that be, what is it, or what was it meant to be?"

"both" he quipped, hair still damp

"well, lets see, it was supposed to be a nice warm mug of hot chocolate but is now a chocolate surprise pudding" i beamed

"fair enough" he replied peering closer... " interesting, how did you achieve it?"

"well" i gushed, "it just magically happened, i heated up some almond milk, added some hot chocolate powder and at the last moment, a flourish of artistic creative thought came over me as my inner Chopped Contestant spoke up and i added a banana no less! upon where i whisked it all together with my whisky thing, turned around to retrieve 2 mugs from the cupboard and went to pour out the hot chocolate to find nothing moved. on close inspection it appeared i had made a water logged blancmange."

"have you tried it yet?" he asked

tentatively he lifted the spoon to his mouth...

"not bad, not bad at all... if you don't actually look at it and keep your eyes closed" where upon he promptly finished up the whole bowl as i stood there wide eyed and amazed at the wonder of my 'accidental but oh so edible according to Our #3' chocolate pudding.

i left him to his shower room obliterations, and pottled down to the kitchen, empty bowl in hand thinking well how marvelous is that! picking up my bowl, i sampled the contents and after one mouthful, my little cuisine heart sank to the very bottom of my culinary soul. leaving me in the knowledge that indeed, Ted Allen and his team of judges would have chopped me without a doubt and sent me home for my 'chocolate surprise pudding'