note one:
Mr Sun shone down on us this weekend, we were terribly excited about the whole thing, none more so than myself, for the first really sunny day of the year marks Gladys coming out of winter hibernation and all appears right in the yard again 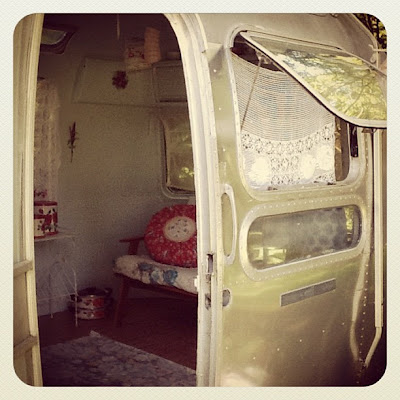 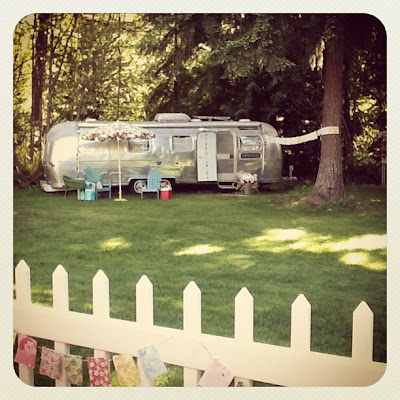 note two:
Doug and Ethel, mr and mrs pesky squirrel appear to have taken up residence in Our #4's pesky squirrel box he handmade last year and nailed 'willy nilly' upon the trunk of our old 'tall as a giant bean stalk' cotton tree. it would appear the digs was very much to their liking as yesterday 'Bit and Bob' made an appearance peeking out of the little hole, way way up high, out of danger, two little itty bitty baby pesky squirrels unware they are hanging by a thread so to speak. i was rather glad the binoculars my man found me in my concern of not being able to see that distance, even with my specs on, that i could not focus on that one big rusty nail that was holding a family of four pesky squirrels 'up high'. when voicing my concerns, i recieved the usual reaction of 'oh don't worry, its fine' sort of thing. i find it extraordinary my man thinks i am reassured by such words. for all i have to do is cast back my mind on other times in the past when such words of authority on the matter have been muttered and then recall what followed...

note three:
little olive turned 3 yesterday, it was cause for celebration indeedy! gosh 3, what a grand old age, she certainly has turned into quite the mature doggie of late. she chose to spend her day wisely...
sleeping, 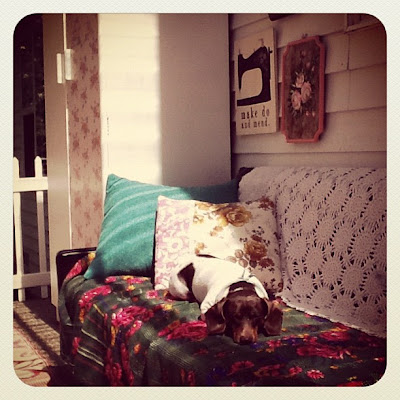 more sleeping with a willing companion 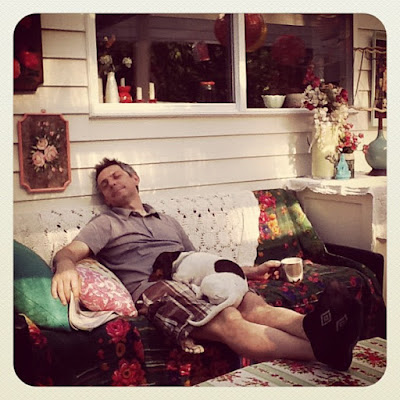 and then a birthday portrait.
i asked her if she would smile for her portrait but she assured me now she is 3 and ever so grown up, she wished to come across a little more regal. she told me she had been studying photos of the Queen's corgis and realized they must have had some training prior to the photo sessions. little olive then went on to tell me, she has spent the past few days practising in the mirror i had so conveniently left at low level to cover up the open fireplace in my old studio. upon inspection of the birthday portrait i noted she would indeed make a fine corgi and i do believe the Queen would congratulate her on her royal pose. i told as much to little olive as i tucked her into her suitcase at the end of her big day, and i noted a small smile of contentment, as she nodded off to sleep (again) 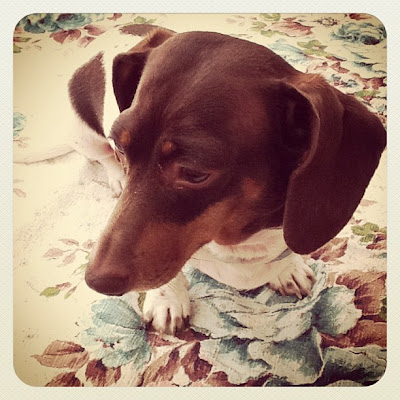 note four:
today Our #4 turns 14.
14 years old on the 14th day. i am told this is a golden birthday and therefore warrants a lot more fuss and attention. i have taken this to mean, a birthday cake needs to be baked. usually i have my girls to rely on for such moments of crisis, but not this time, no sirree! its up to me and my pants baking ways to come up with the goods. i will not cheat and go to the nearest store for a store bought birthday cake will never ever pass as 'homemade'. so instead i will only half cheat for i have myself a packet mix!!! a red velvet cake mix that claims to be fool proof... on inspection of what extras i would have to add to the cake and icing mix to make it come to life i gasped out loud
"24 tablespoons of butter!!! 8 for the cake and 16 for the icing"
i have reread the instructions due to early morn and lack of glasses, but it is there in black print for all to read. after which i expected to see printed a disclaimer saying something along the lines of they are not held responsible for early death by making and eating this cake, but apparently they must have run out of space on the packet because it appears to be missing...

interestingly, if i had not made the cake myself (well actually i have yet to make it, but attempted to make it) i would never have known this small fact, i would have munched my way through several slices, marveling at someone else's baking abilities, laughing and a chuckling with the small talk around the birthday table as we sip our tea along with the cake. but i fear that will never be, for i am the baker of the cake today. instead i will watch silently as my lads of three inhale a red velvet birthday cake (all going well with making it and a small mircale happens) and along with it 24 tablespoons of butter, hearing myself say whilst smiling through my guilt "oh no, not for me but thank you... i am not hungry for cake at the moment"

Lovely post! Am very envious of Gladys, she looks divine ... and also of the sunshine, not getting much in the bleak north of England yet. Good luck with the new book and have a lovely week, Claire xx

Happy Birthday to your son and Little Olive. Red velvet cake is my husband's favorite.....wow....that's alot of butter.
Love your Airstream. Both my brother and my mother worked at Airstream.

Must comment on Olive's corginess...as a corgi owner for 29years, and therefore somewhat of an expert on that my favorite of all doggie breeds, I can attest here and now that Olive did the queen's chosen ones proud with her corgie-like pose. Happy birthday to all celebrating there at Mossy Shed!

Just adorable the photo - sleeping with the dog.

Oh Tif, you terrible mother, you! (thanks for making me laugh!)

oh little olive is simple thrilled by your kind comments :)

red velvet cake is a red sponge cake with vanilla ice-ing on top, very bad for you and very delicious as one would expect :)

debby! how marvelous to hear that, i am sure they will recall all the amazing inners they used to have. alas our Gladys is without, but i still love her so!

What a wonderful post. love Gladys and your great pictures. :) Ruth

congrats twice! Your youngest turned 14, time flies, same overhere, but Little Olive 3, I can hardly believe it :)
I love that photo of your sweetheart! The sun appeared at our rainy little country too yesterday, it's about time.
Enjoy the Gladys season my dearest Tif! Xx

many thank yous for the birthday well wishes and tales!
no snoring from litte olive, just a few contented sighs every now and then :)

Happy Birthday to the lovely ones.
Can you send us just a teeny weeny bit sunshine? I fear I'm heading for frostbite in Blighty.
Carol xx